(How it all began)

Golem Owned A Tropical Smoothie tells the story of  Golem , a non-copyright infringing creature who owns a non-copyright infringing smoothie shop called Tropical Smoothie in Panama City Beach, Florida. All is going well – until Smeegle , the notorious CEO of the mega-corporate Smoothie Kingdom, threatens to drive him out of business with tax loophole trickery. To save the shop, Golem and his loyal employees ( Ian , a high school kid, Gabby , his overachieving older sister, and Kyle , a stoner college dropout) must come up with a plan to raise $60,000 in one week – or maybe 5 days? It doesn’t really matter. The point is, Golem owned a Tropical Smoothie.

Who the hell are we? 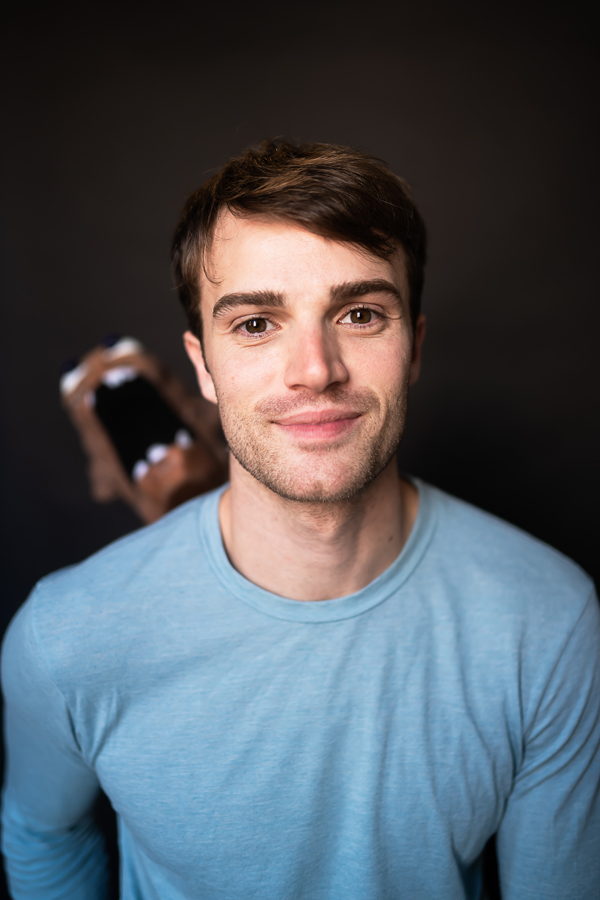 GARRETT POLADIAN is a New York City based actor, writer, designer, and overall creative artist. Originally from Panama City Beach, Florida, he has appeared in an array of film and theatrical productions including #Love95Times (The Farm Theatre), For The Record: The Brat Pack (Norwegian Cruise Line), Stranger Sings! The Parody Musical (Off-Broadway). Film: “Student i,” (dir. Laura Lau), and “The Goatman.” Garrett was a full time company dancer from 2014-2016 with the Ballet Pensacola, the only resident professional ballet company in the area. He is also the co-writer and creator of “Booked and Blessed” a new comedic YouTube web-series. While presently pursuing his career as an actor, his main focus has been creating his own projects. Through this newly found passion, he has discovered a sense of freedom and control to stretch his creative muscles in ways he had never believed possible. Garrett’s mission as an artist is to connect and unite people through his work. In a world that is constantly divided, he believes in using the artist within himself to bring people together. garrettpoladian.com 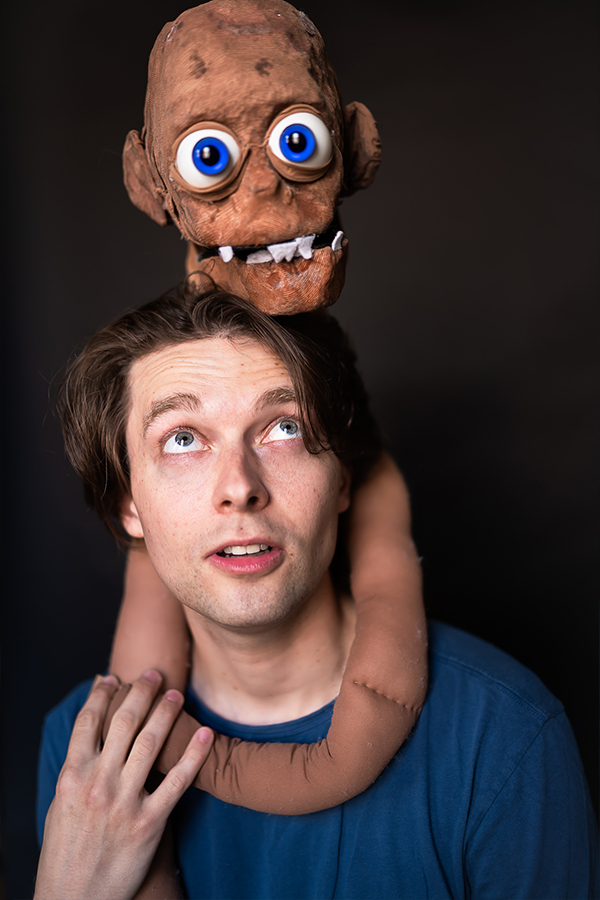 ETHAN CRYSTAL is a singer, actor, writer, musician, and comedian from Wilsonville, Oregon. Ethan has appeared on TV, Off-Broadway, and online in various shapes and forms; credits include HBO’s I Know This Much Is True, Nickelodeon’s official Spongebob Squarepants social media page, For The Record: The Brat Pack aboard the Norwegian Escape, and NBC’s The Sing Off. Ethan is an award-winning vocal arranger, comedy writer, and composer; His pilot “1. backpack” won Best Comedy Screenplay in the Oregon Short Film Festival in 2019, and his arrangements for collegiate & high school acappella have accrued several awards over the years. He’s contributed as a vocalist, writer, and arranger to Brooklyn-based music collective Apartment Sessions and Scranton-based pop-rock band Modern Ties. Ethan is a believer in people, the absurd, and the value of great effort put into a lighthearted pursuit. Influences include Norm MacDonald, Nathan Fielder, Gilbert & Sullivan’s Pirates of Penzance, Spongebob seasons 1-3, and Casey Frey. He works freelance as a wedding singer, session vocalist, church chorister, meme maker, and more. BFA Vocal Performance, Carnegie Mellon.  ethancrystal.com 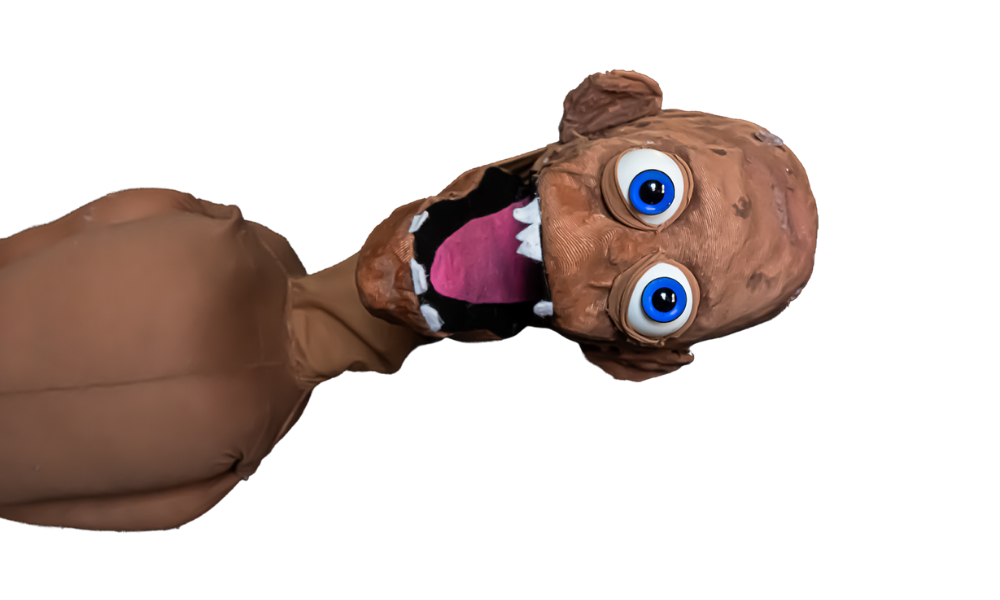 The opening number was staged and premiered in the crew bar of the Norwegian Escape.

A second staged reading, featuring a revised opening number and a new song, took place (still in the crew bar). This reading was attended by producers from For the Record: Live, as well as members of the entertainment staff on the ship.

An hour-long presentation of songs & scenes from GOATS was presented in NYC at the Kraine Theatre on E 4th st.

The first workshop reading of the full length show was presented at Ripley-Grier Studios.

The opening number of GOATS was presented at TheatreNow’s annual cocktail party.

GOATS was awarded a $3000 project development grant from the NAMT Frank Young Fund.

GOATS was a semifinalist for the 2021 Eugene O’Neill National Music Theater Conference.

GOATS was awarded $10,000 from the NYFA City Artist Corps Grant. 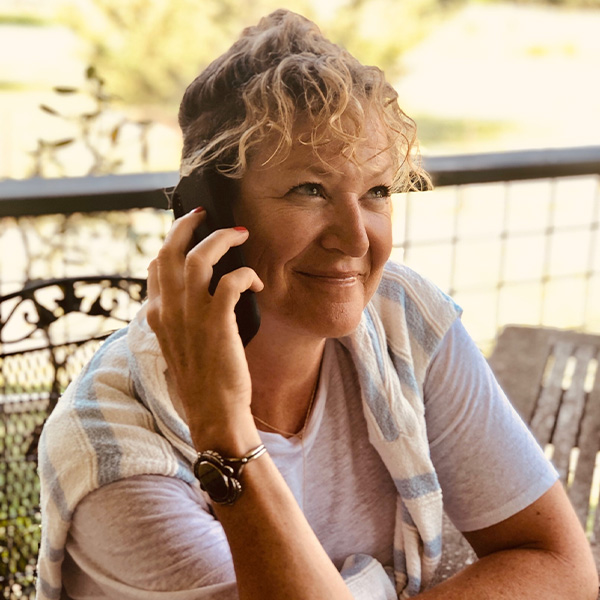 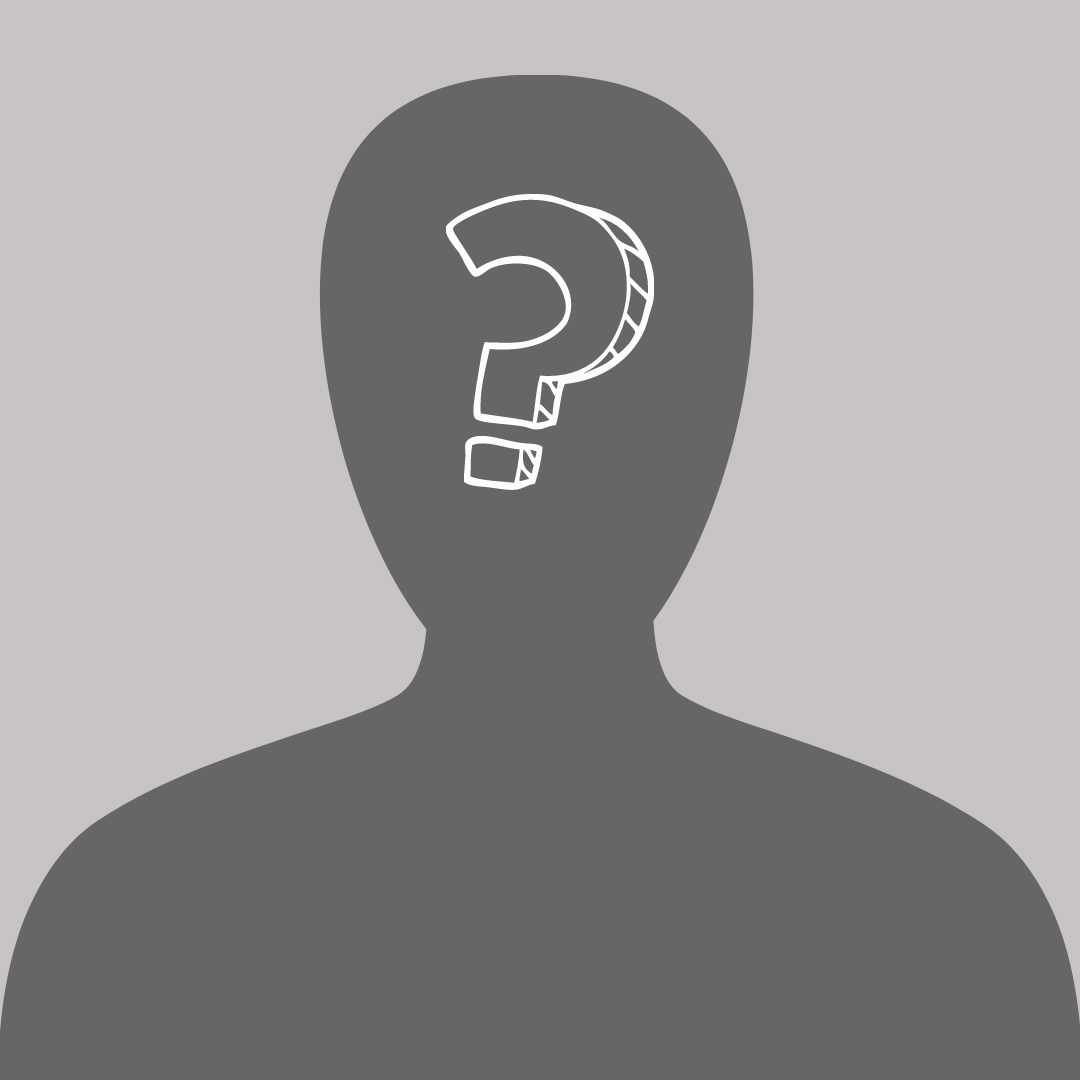 This could be your name

This could also be your name 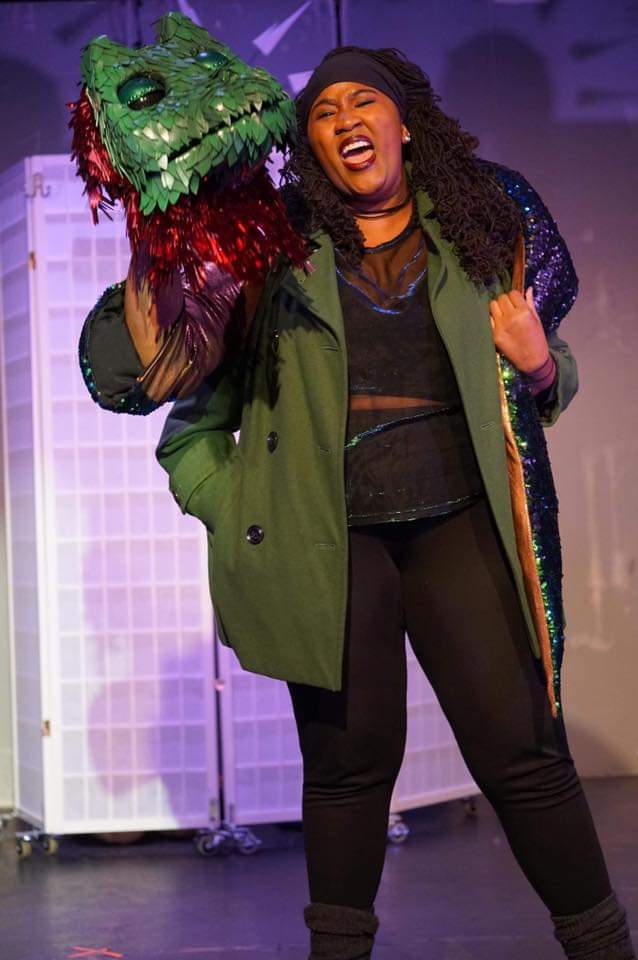 THE WORLD NEEDS TO LAUGH MORE THEN EVER RIGHT NOW! GOATS will help audiences forget about their real world problems for a couple hours. It invites them to sit back, relax, and not ask too many questions. “Don’t think too hard.” The only thing it asks for is a good fuckin’ time… and the price of a NYC theatre ticket. We don’t need another movie musical or another emotional drama that requires audiences to feel drained after the curtain falls. Thank God for those shows, but do we really need another one right now? The world sucks and you’ve already seen that movie five times.

Let’s put something original back on the stage.

“Is this “Gollum” from Lord of the Rings? Is “Smeegle” supposed to be Smeagol?”

No! “Golem” is derived from Jewish Folklore, and “Smeegle” is our own invention. Any similarity to any preexisting character from a copyright-protected franchise is a coincidence! We do not meddle in the affairs of large entertainment entities, for they are subtle and quick to anger.

Why does Golem own a tropical smoothie?

For many Americans, small businesses are central to the beauty of this nation; a way to take something you have passion for, and through dedication and hard work, turn it into a labor of love that betters yourself and your community. Where else could a funny lookin’ little fella with a questionable past move in from out of town & start a new life? It’s inspiring. Like two guys trying to answer tough questions to get money for their puppet musical.

Why is this story being told?

Because it made us laugh. At the beginning of our writing process together, we set out to create something that made our friends and us laugh. Then it made an audience laugh. Then the absurdity of the show, the title, the fact that it was even being written, became the point. And the bigger it got, the funnier it was that it had gotten that far.

All stories are about a search for some truth; Ian, Kyle, and Gabby are all searching for meaning in their lives, just like the audience is searching for the meaning of this show. And what they all discover, is that it’s up to you to determine what it means to you.

What do we learn from this show?

That there are some questions in life that don’t have simple answers, and that’s ok. And it’s okay to take a break from answering those questions to have a little bit of fun, or to relax, or to do something nice for somebody else. We’re only on this planet for a short time, and the most important thing to do is love each other. What was the question again? 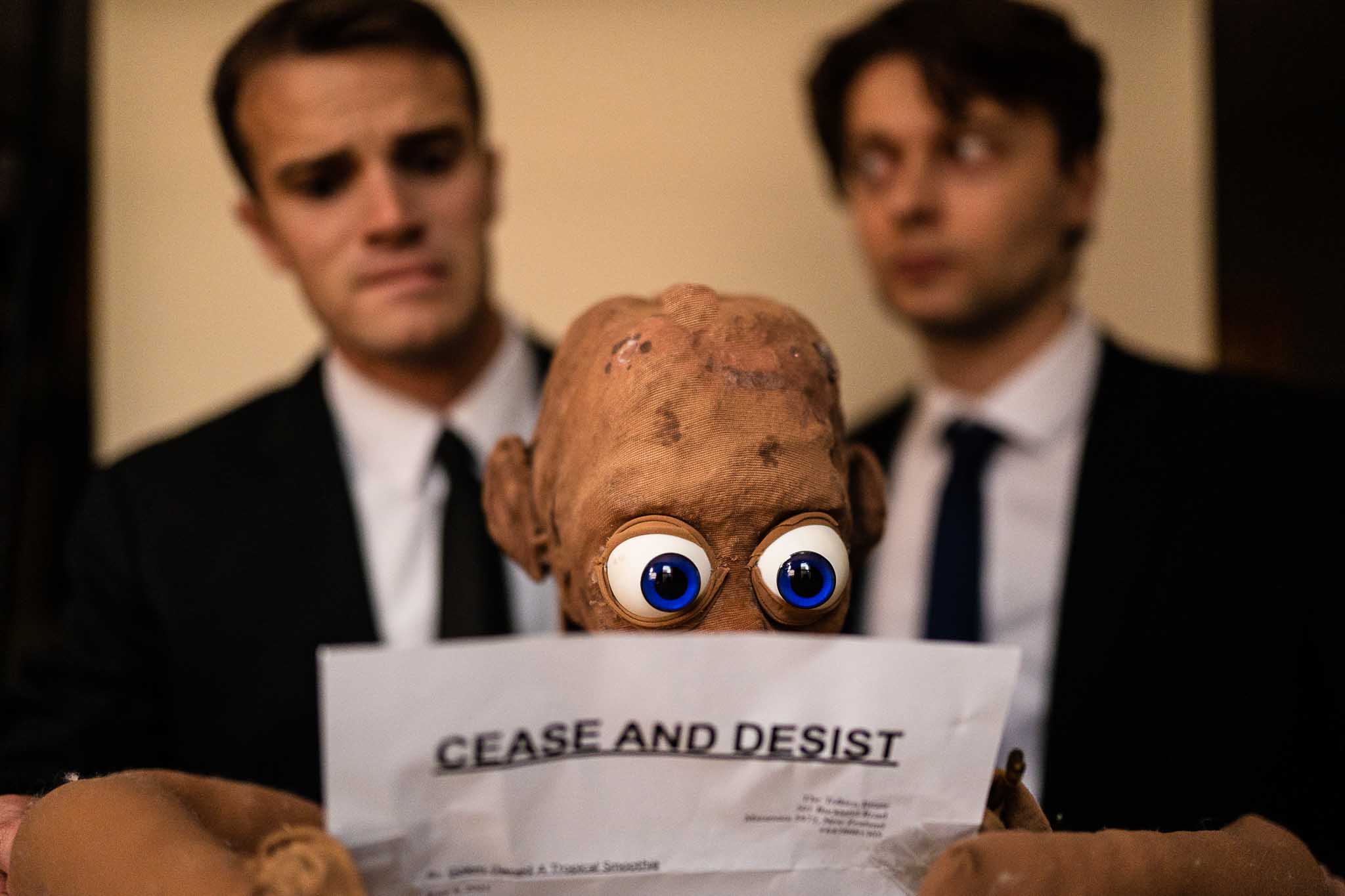 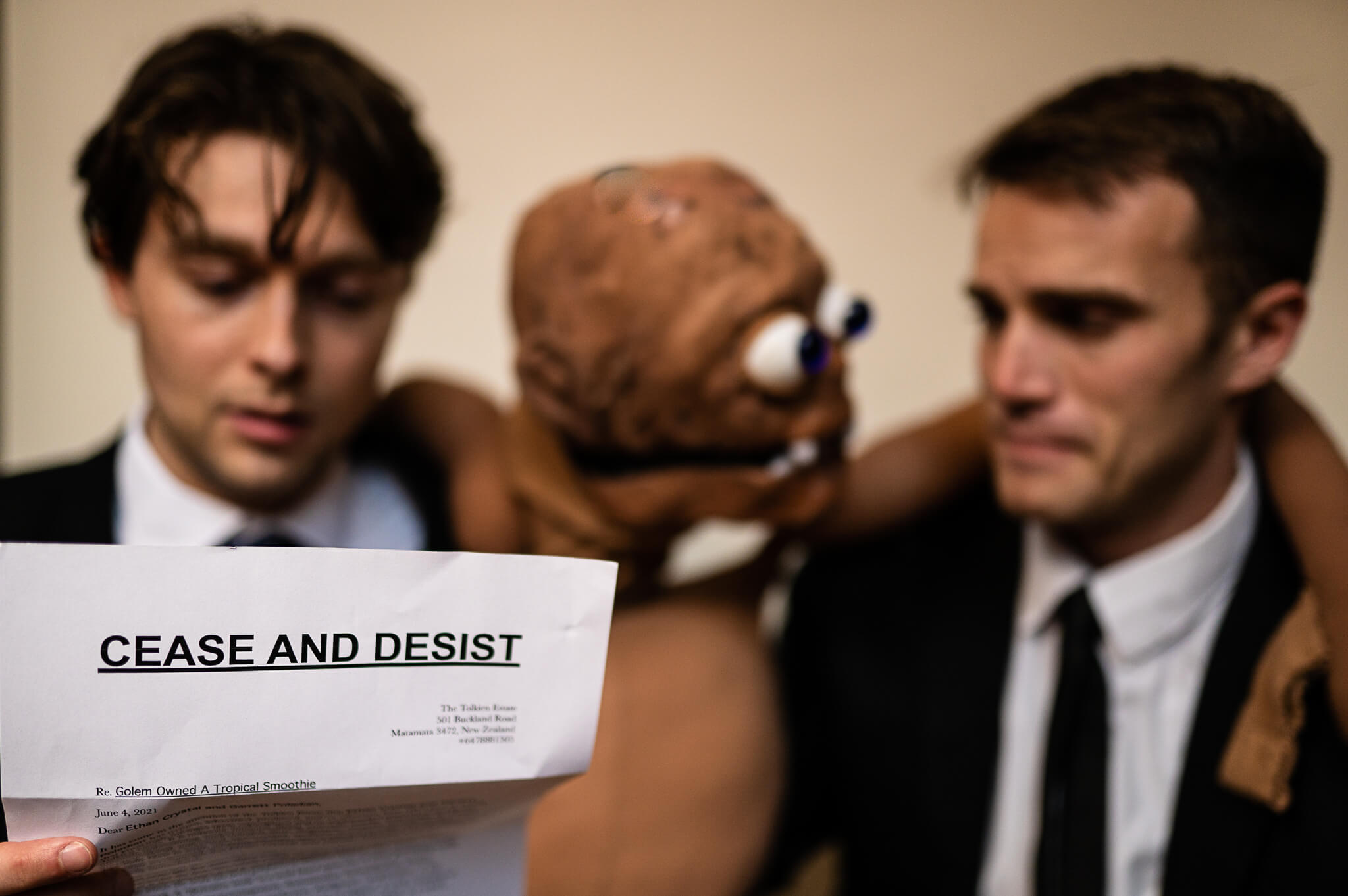 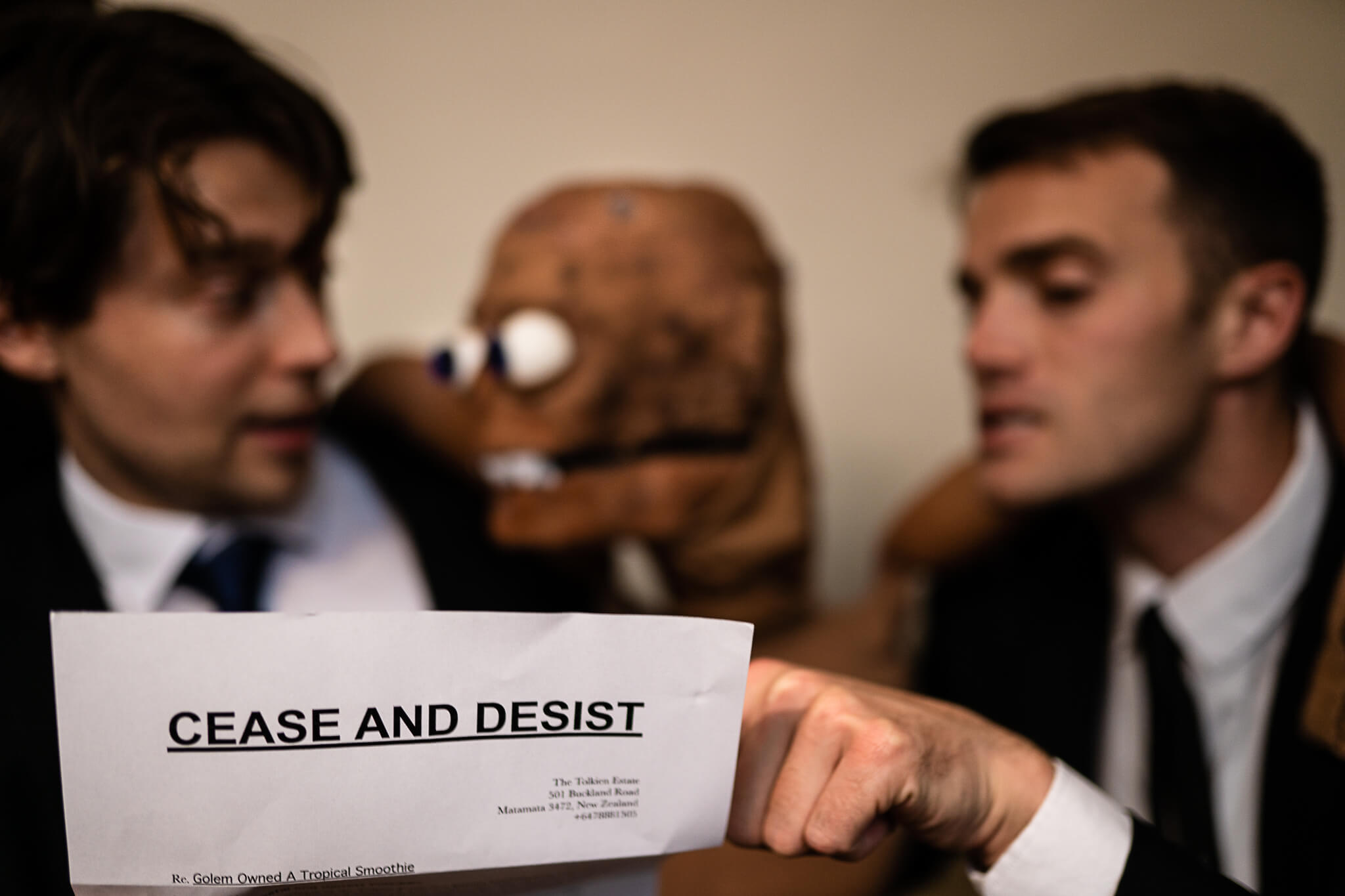 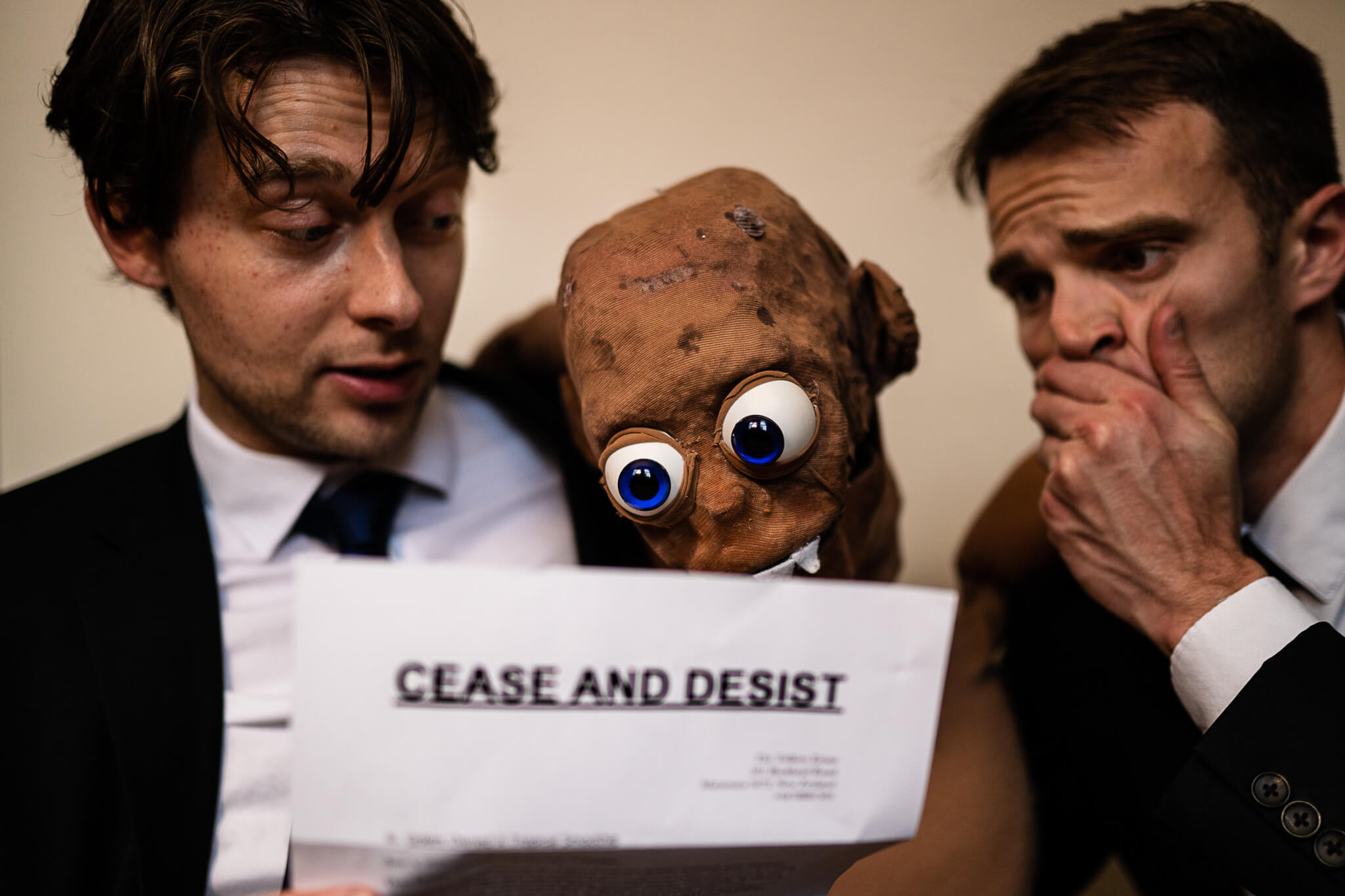 Where the f**k are we going?

GOATS is built for Off-Broadway. It’s a wacky, avant-garde show that doesn’t follow any rules and sits in a genre of its own between parody and original. It’s made for people who don’t relate to the perfection of Broadway – and the further it gets, the larger the stage, the more epic the production, the more people can’t believe they’re watching “Golem Owned A Tropical Smoothie”, a musical starring a legally questionable puppet made from cotton balls and pantyhose from Target, across the street from Glenda Jackson’s King Lear. 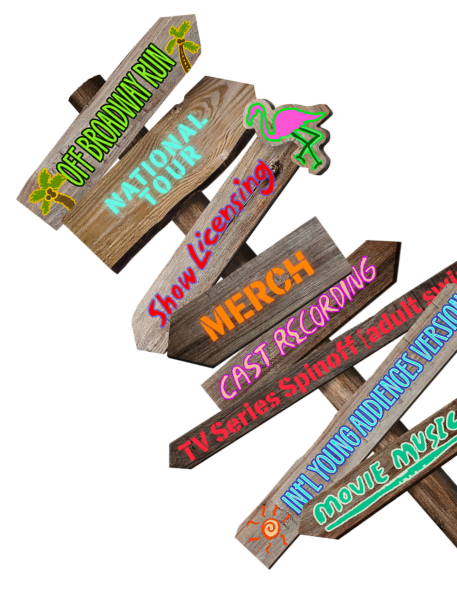 Where the f**k are we going?

GOATS is built for Off-Broadway. It’s a wacky, avant-garde show that doesn’t follow any rules and sits in a genre of its own between parody and original. It’s made for people who don’t relate to the perfection of Broadway – and the further it gets, the larger the stage, the more epic the production, the more people can’t believe they’re watching “Golem Owned A Tropical Smoothie”, a musical starring a legally questionable puppet made from cotton balls and pantyhose from Target, across the street from Glenda Jackson’s King Lear.

Please fill out the contact form. A representative from our team will respond within 48 hours. 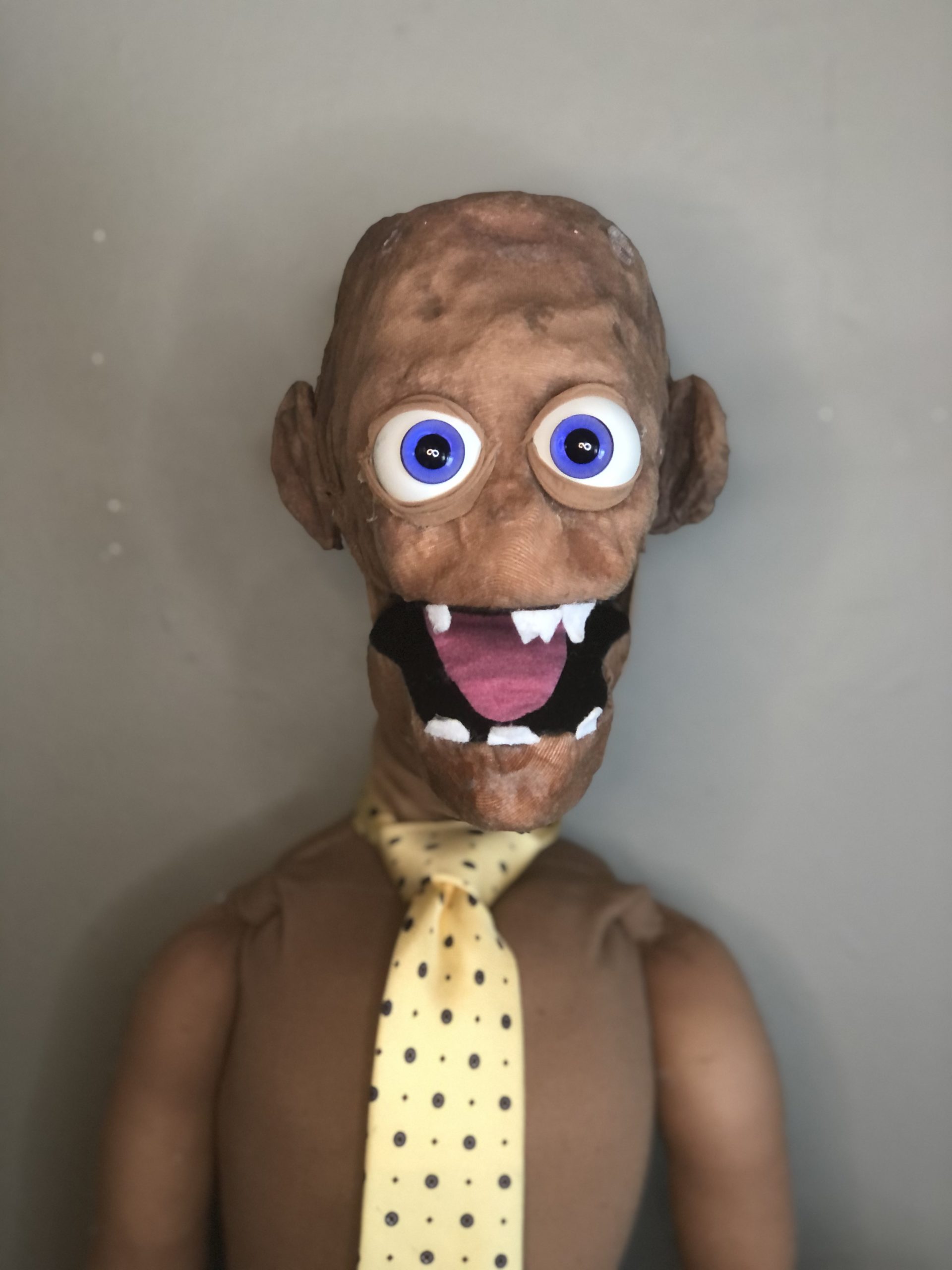 “You boys are the two bestest employees a Golem could ask for.”

“What would be the point of living if we didn't let life change us?”

”When I was twenty-three, I founded Smoothie Kingdom...with my hands, my grit, and a small loan of a million dollars"

“God made me too damn hot.” 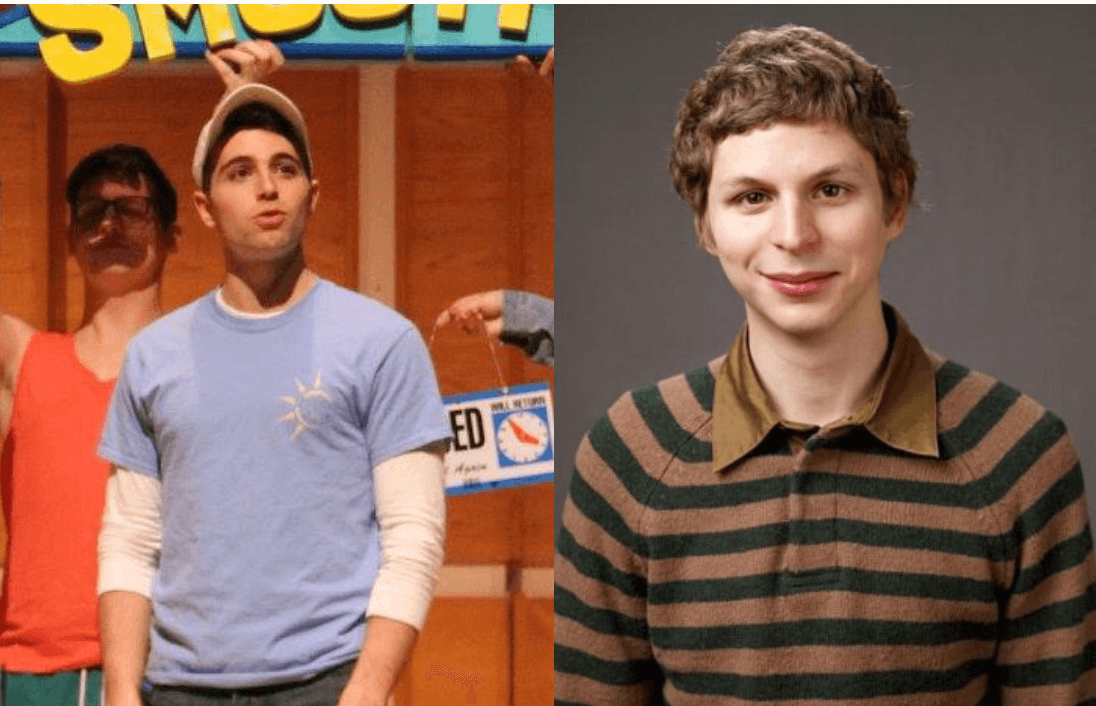 “I’m on the baseball team. I’m also on the soccer team.”

“I wanna live, I wanna breathe, I wanna ask out a girl, but what’s the point when my parents keep moving world to world?....oh yeah, and my boss is Golem.”

"Do you remember that summer I broke my arm?" 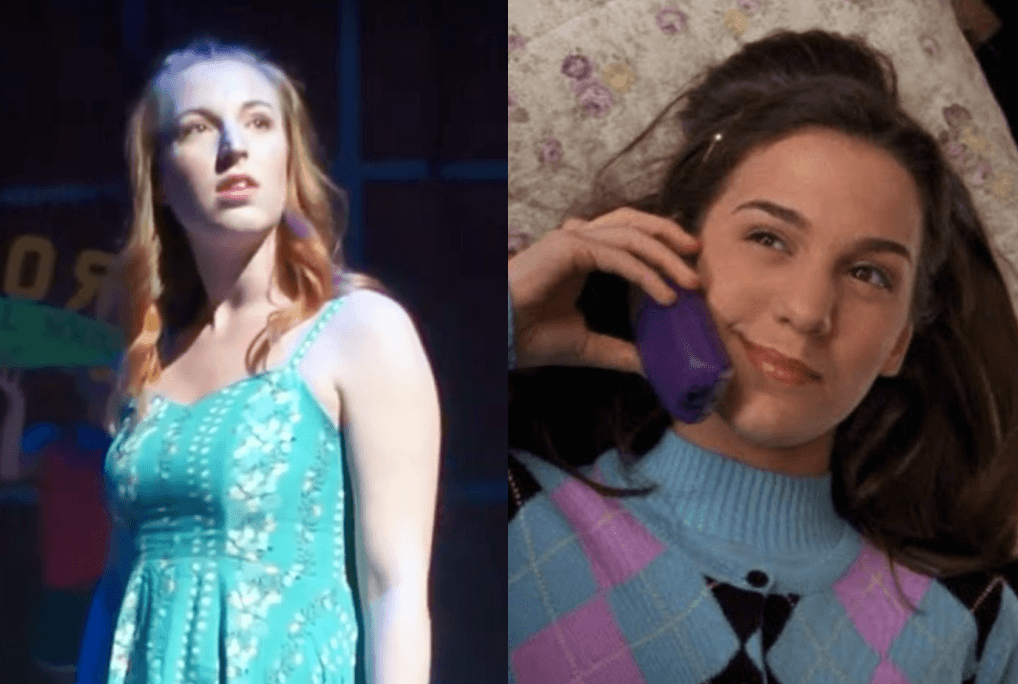 “I'm tired of living at home, and being alone, the only thing that's f***ing me is student loans.”

“What IS Golem? That's kind of a double-edged sword. I mean, what are we?”

"Love's not a straight shot...it's more like a slalom." 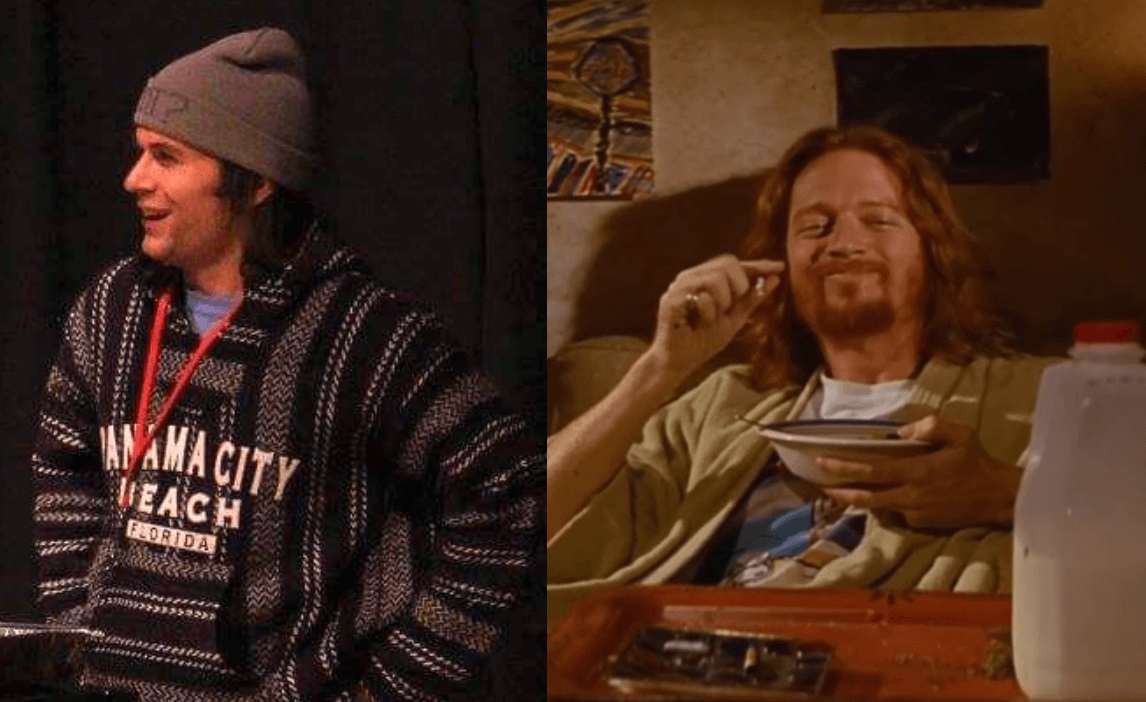 ”Am I a pigeon in a cage? A player who is doomed to strut his hour on the stage until he dies in an explosion?"

Siobhan O’Neill is a founding partner of Ad Astra LIVE, a bi-coastal theatrical production company and producers of the For the Record series (LA, Palm Springs, Austin SXSW and New York, www.fortherecordlive.com). For almost a decade, Siobhan worked as a booking agent and director for two prominent commercial theatrical booking agencies in New York, overseeing national tours of Broadway and variety shows. Recently, Siobhan earned a Professional Certificate in Fundraising at NYU’s Heyman Center for Philanthropy and Fundraising and sits on the board of two other not-for-profit organizations: www.plgarts.org, www.befreeglobal.org. Siobhan is a graduate of Walnut Hill School of Performing Arts and Oberlin College and currently lives in the Prospect Lefferts Gardens section of Brooklyn.

You can find out more about which cookies we are using or switch them off in settings.

This website uses cookies so that we can provide you with the best user experience possible. Cookie information is stored in your browser and performs functions such as recognising you when you return to our website and helping our team to understand which sections of the website you find most interesting and useful.

Strictly Necessary Cookie should be enabled at all times so that we can save your preferences for cookie settings.

If you disable this cookie, we will not be able to save your preferences. This means that every time you visit this website you will need to enable or disable cookies again.